Our DTP and typesetting services include: 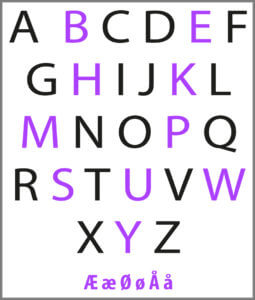 Danish uses the standard 26 letters of the Latin alphabet, plus three additional vowels, æ, ø, å, which are traditionally listed at the end of the alphabet.

These additional characters cause no issues with fonts when producing Danish printed materials.