Our Thai DTP and typesetting services include:

Clients often come to us with Tamil translations produced by another agency or freelance linguist. However, in many cases, the translator will not have used a font that is compatible with any typesetting software, making the translation unusable. In cases where the wrong font is used, the entire translation has to be rewritten using a professional font, thus incurring additional costs for you.

Thanks to Adelphi’s typesetting expertise, we understand that Tamil fonts are often incompatible with each other and cannot simply be swapped with other Tamil fonts. When we produce the Tamil translation, we make sure that it is translated using a professional font that works in typesetting software packages.

Thai has very long compound words and can be difficult to break in the right place. Also, it is very important that the diacritics are lined up correctly otherwise the meaning of the word can change. 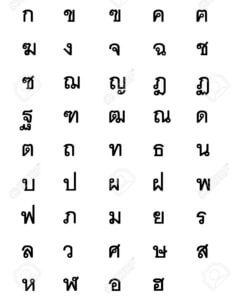 Thai has very long compound words and can be difficult to break in the right place. Also, it is very important that the diacritics are lined up correctly otherwise the meaning can change and the Thai script is very open to corruption if the correct font is not used.