Our DTP services include:

Adelphi works for companies and organisations such as Disney, Vidal Sassoon, and Jaguar Land Rover, to list a few. Plus international aid agencies such as Amnesty International, Refugee Action, UNICEF and the Refugee Council as well as many translation agencies and publishing companies all over the world. 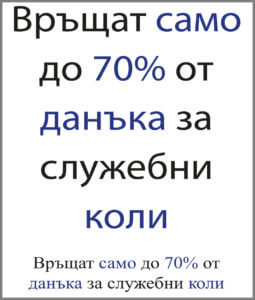 Bulgarian, along with the closely related Macedonian language (collectively forming the East South Slavic languages), has several characteristics that set it apart from all other Slavic languages. It is written with the Bulgarian Cyrillic alphabet.