Adelphi specialises in Arabic desktop publishing (DTP) and Arabic print translation. As the Arabic script flows from right-to-left, the document’s layout will need to be flipped so that the pagination is in order and the text reads correctly.

Adelphi is an Arabic Desktop publishing and translation agency that aims to provide a full localization service to our customers. We also typeset monthly financial reports in Arabic for use in Egypt, UAE, Saudi Arabia, Qatar and Lebanon.

Our Arabic DTP and typesetting services include:

Adelphi is an Arabic Desktop publishing and translation agency that aims to provide a full DTP localisation service to our customers.

What is the difference between desktop publishing and typesetting?

Simply stated, DTP (desktop publishing) and typesetting are the same things. It is putting the translated text into the original layout using software programs like InDesign, Quark, Illustrator etc. Historically typesetting was just that, the setting of wood or metal type into blocks to print from. Desktop publishing was first developed at Xerox PARC in the 1970s and is often used to describe using a computer and software to set the type for publications. 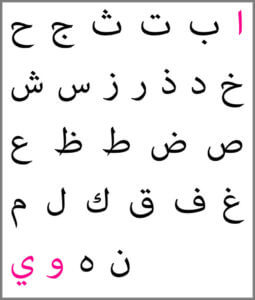 The modern written language (Modern Standard Arabic) is derived from Classical Arabic. Arabic can be spelt without vowels (common Spelling) أحب القراءة كثيرا‎ or with vowels أُحِبُّ ٱلْقِرَاءَةَ كَثِيرًا. Modern Standard Arabic is the standardised variety of Arabic used in everyday publications whereas Classic Arabic is used in the Quran as well as in numerous literary texts.